What is the big deal about the girl child and her rights anyway? I am glad you asked. Let me share the story of a particular girl child.

At two she was separated from her parents, especially her mom. Does she not deserve a loving home and care? Or the role model of a loving mother to guide and lead her?

At six she lived with her aunt, where she suffered physical and verbal abuse. Well, at least she had an education you argue, well, yes. But what she had in education, was lacking in other girls her age or slightly older, as she lived in a city where she watched young girls like herself get married off in child marriage. This was traumatic for the girls and herself. What is the big deal anyway with a girl child you ask?

At seven, she was exposed to the ill called child sexual abuse and molestation, as one employed to teach her taught more than his pay grade, perhaps an unsolicited ‘bonus’?. The lessons she learnt that day marked her for the longest time in her life. She was touched and made to touch, not the type that builds you, it was the type of touch that broke you into a million pieces. The real lesson however, was to never trust an adult. What is the big deal you say?

By eleven, molestation was no longer a big deal to her. She had been molested by neighbors and family friends, she was used to it. Remember the lesson she learnt at seven? Promiscuity had become the order of day.

All through the years, she endured doing more chores than her brothers, wondering why she had to be saddled with more responsibilities than they. “You are a woman, who will one day be a homemaker”, they said. She often wondered if that meant she was created for nothing other than marriage and making some man happy at her own happiness and life’s cost.

She remembers her mother’s story of how her mom’s education had to be sacrificed for that of her brothers, simply because she was a girl child. “Bad investment”, some would say. So, it was natural to think that the world had done her a lot of favour by educating her. She could have been in a worse state, like her mother and the other girls who got married off.

And so she learnt to accept the barest minimum, grateful for the crumbs of life society threw her way every now and then. This prepared her very well (in a negative way of course) to accept the lesser pay, to deal quietly with the sexual power play doled to her through her working years by superior men. She was labelled an outlier, stubborn, for speaking out against colleagues who tried to assault her and other female colleagues. Sad enough, some of the labelers were fellow women, who were once girl-children. You’d think they’d know better, right? Never underestimate the power of systemic mental slavery.

Historically, the girl child has had more exposure to dangers, and suffered the perversions society has doled out the most. If you don’t think it is time these ended, and demand she is treated equally across all spectrums, then you are part of the problem. It starts with how we treat the girl child vis-à-vis the boy child.

So then, what is the big deal with the girl child you ask? My response- EVERYTHING!!!

She is human, she has right to life like you
She is a child, protect her innocence
She has a mind, it seeks to learn, educate her
She is talented, develop her skills
She feels pain, do not shut her down. Whatever happened to freedom of expression?
She has a voice, let her speak. I ask again- Whatever happened to freedom of expression?
She works hard, pay her her dues
She is valuable, treat her with respect
Her body is her sanctuary, and sacred to her, do not violate it
She is a girl-child, that is not a crime.

Today, I join voices with every girl child in support of the rights of the girl-child, make your voice loud, break the ceilings hanging over your heads, because you and your rights, are a big deal indeed!

2 thoughts on “What is the big deal about the girl child and her rights anyway?” 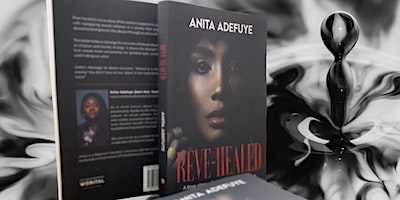