“Silence is consent! Why didn’t you say anything? You wanted it, just admit it”. Those were the words that kept swirling around in Made’s head as she clutched her purse and her shoes in one hand, while squeezing together parts of her clothes as if they would cover the imaginary nakedness she felt.

Although most people barely noticed her, she felt like all eyes were watching her with judgement. She felt shame, guilt, condemned and an overwhelming sense of aloneness. A trip to her friend’s house had ended up as one of the worst days of her life.

“Why didn’t I say anything truly?” She wondered. Her friend Jamie had said he needed help with the new assignment just delivered to them at school. Made was in his neighbourhood and figured she may as well stop by his place to get that out of the way. It won’t be the first time she would go to Jamie’s house, or be alone with him in the house. They have been friends since high school and now in the same university. She trusted him (or so she thought).

Once the assignment was done, Jamie had offered her food, she ate and slept off on the couch. Not the first time she would collapse in sleep over there. But this time, she awoke to the feel of the hands on her thighs. Her eyes flew open when she realized what the hand was trying to do, as she opened her eyes, she was shocked to see realize this was a case of rape and not a question of if she was interested.

Before she had a chance to scream, he covered her mouth with his hands. With his other hands, he signaled for her to hush, before showing her the knife he had placed on the table.

Could she ever forgive Jamie for asking her “why didn’t you scream, if you did not want it. Haven’t you heard silence is consent”? That was a question she was not ready to answer yet. The bigger question was why was he more disappointed at her who was the victim than he was at his own father who raped he under their roof?

Were you also thinking, well, if it was Jamie’s father, why didn’t she scream for help? Do you also agree silence is consent? By your logic, if silence is consent, why then do you remain silent on the topic of ending sexual violence in our society. Is your silence meaning you want this menace to continue? If no, then here is how you can help. If yes, then keep keeping mute. For God’s sake, it better be the former!

PS: At the point of doing this write-up there was yet another story of a child who was being sexually abused for the last seven years of her life by a popular member of society. We cannot afford to stay silent any longer. 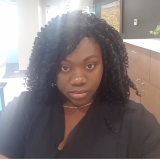